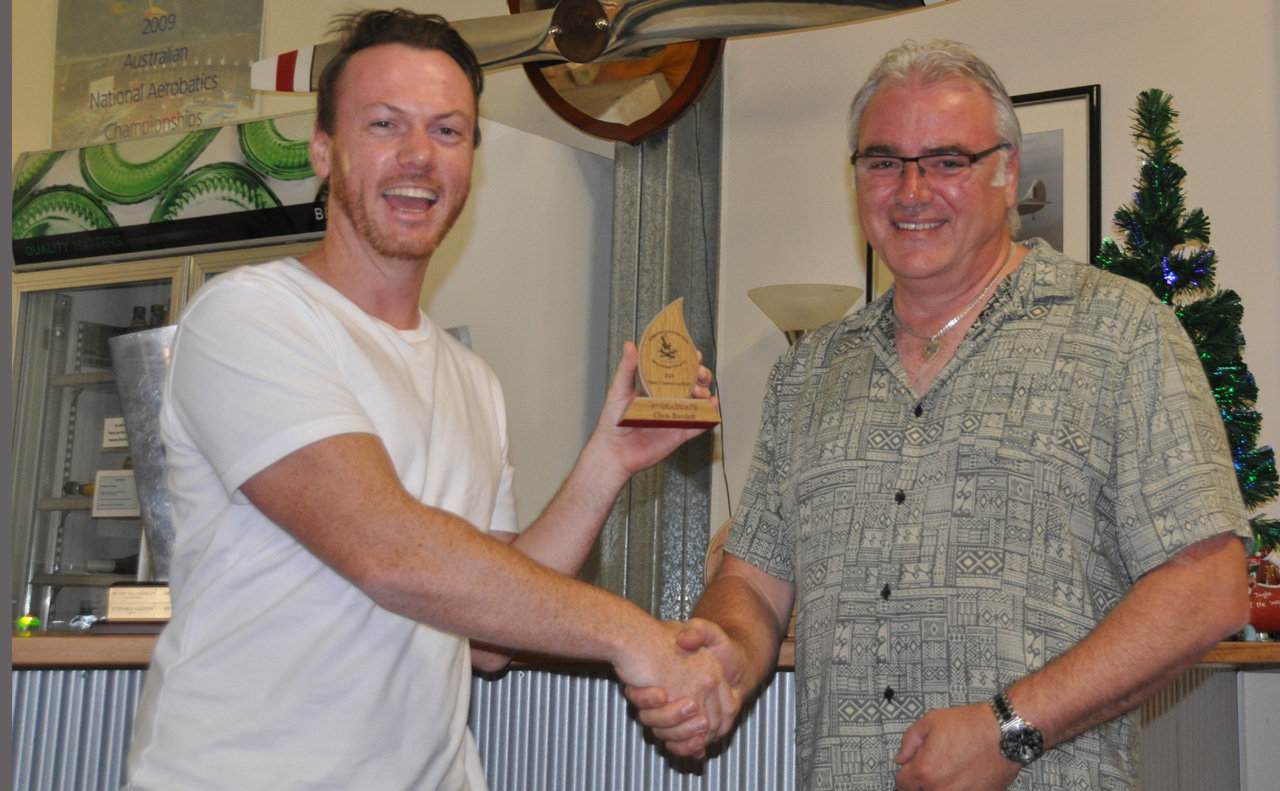 As the year drew to a close and our last official practice weekend was over, we celebrated the year gone by with our Christmas Party.

The 2020 AAC-QLD State Championships were held under the Covid 19 social distancing rules which placed real limits on what we could and couldn’t do socially. At the time, the decision was made to not have an Awards Presentation at the completion of the event.

When could be a better time than the annual Christmas Party? Everyone is already in a good mood and not tired out from 3 days of hard-fought competition. And so it was – the Awards Presentation happened before some serious Christmas Party celebration.

The photo gallery below shows all the winners and presenters.  It was a fun time with all the “aerobat humour” you would expect.

Follow the link here for a detailed story covering the 2020 AAC-QLD State Championships. 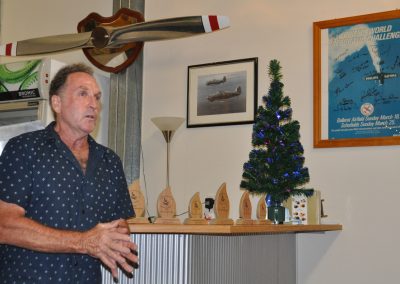 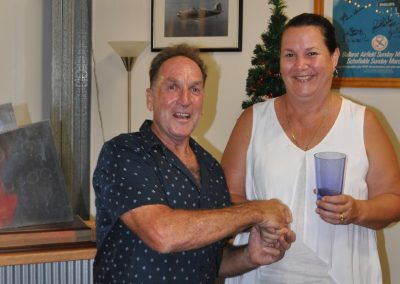 Club President Brendan Scilini with Joanne Vonhoff thanking her for the lovely trophies. 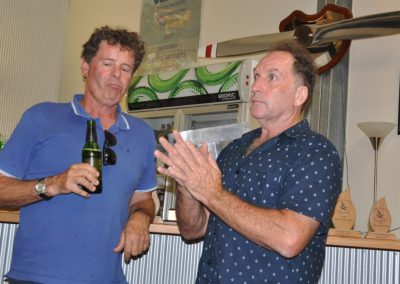 Brendan praying for John to go easy on the beers before cutting up the ham. 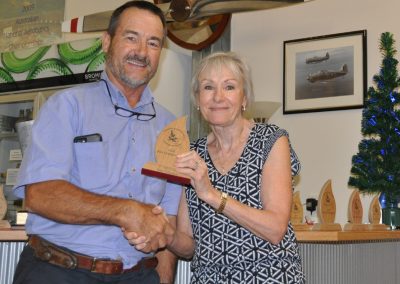 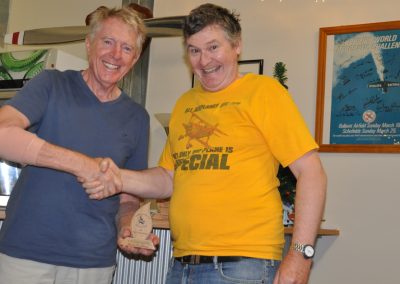 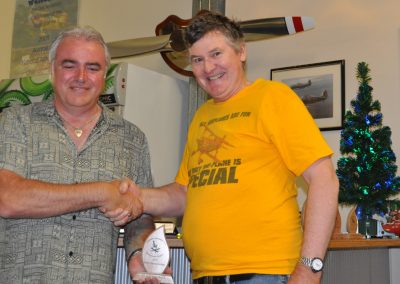 Runner up in Intermediate is Greg Diedrich with VP Mark Foy 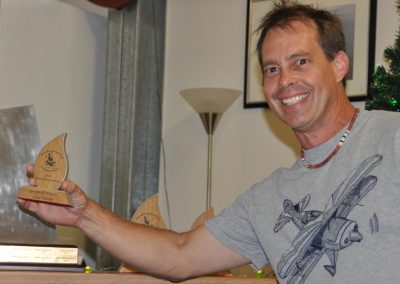 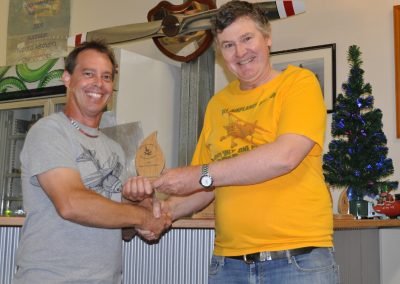 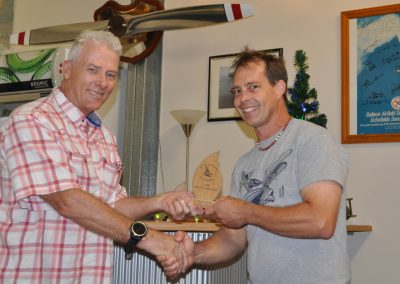 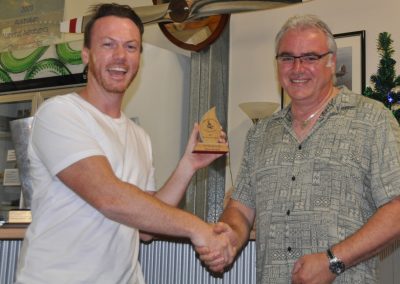 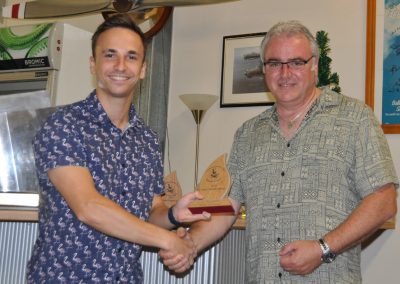 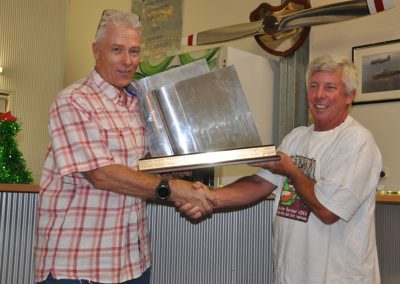